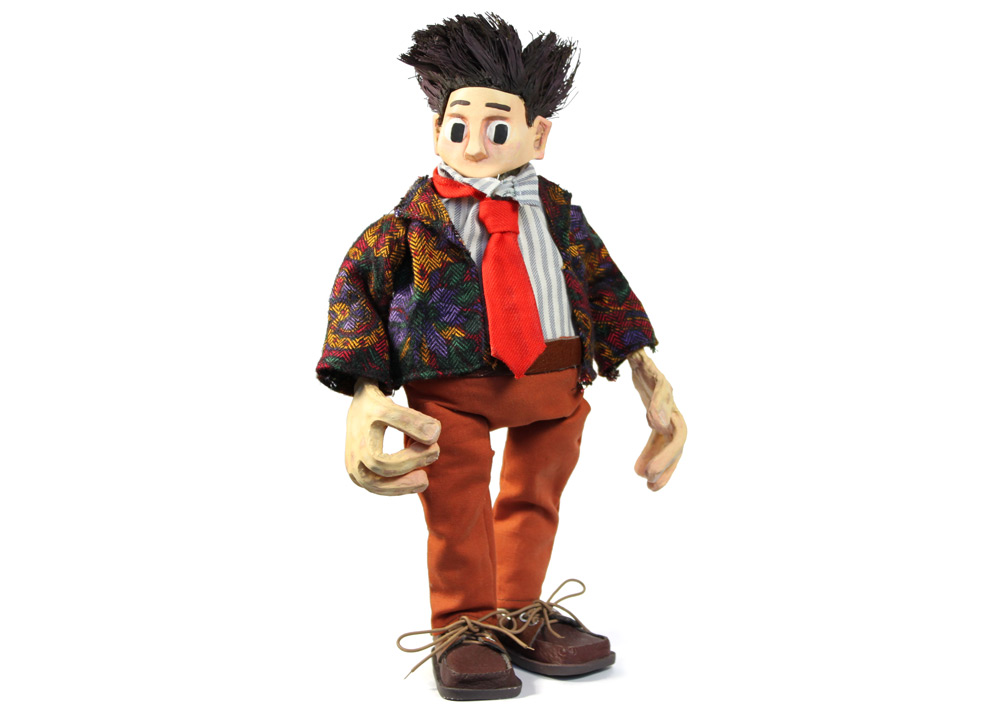 Butter Scotch is a stop motion puppet I made for my upcoming short film Cavity. Butter Scotch cannot say “No” to anyone and ended up he has nothing left to give away. I got to explore several new puppet making techniques, such as molding and casting. 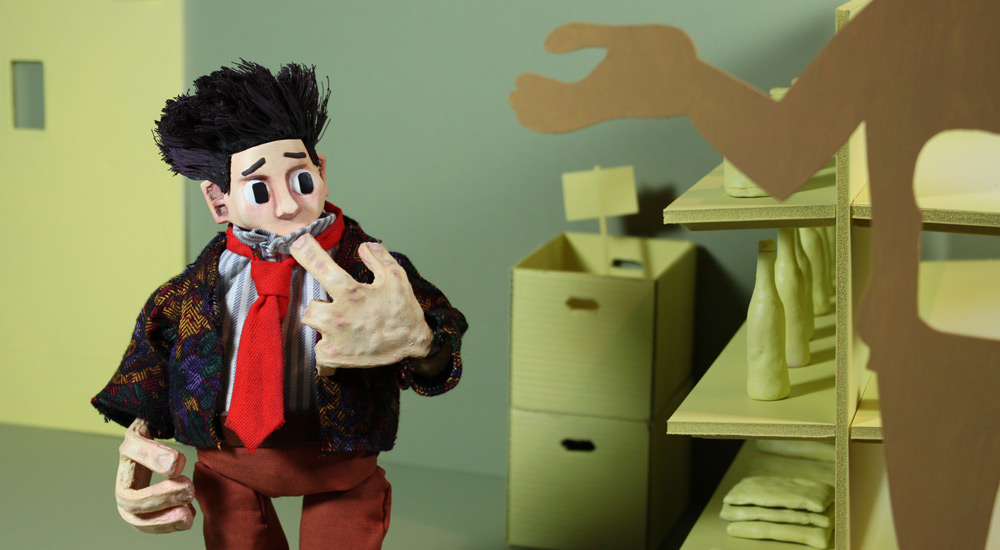 I aimed to design this character as a shy Japanese office worker who cannot say “No” to anyone. I started design him as an owl for ironic reason: Owls are believe to be a bringer of fortune in Japan. I decided change his character to be a human while I still kept some of personalities from the previous design. The design of wire armature for Butter Scotch is very similar to one from my previous project. The only difference is that all limbs and necks are made to come out for easy fix and replacement. 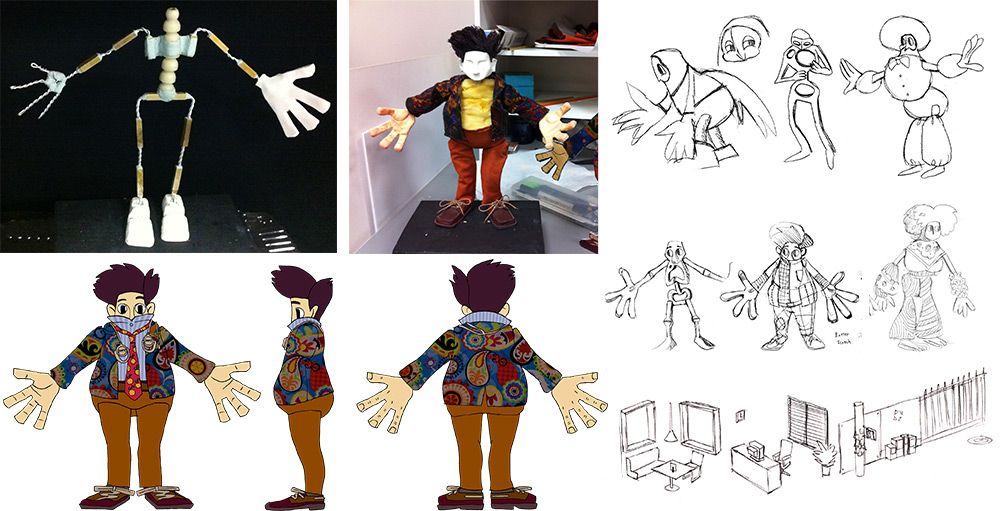 I used several molding and casting methods, using silicone, alginate, plastic resin and latex. I made the model of the hand out of Sculpey and then pressed against plasticine clay to make a mold. I brushed the liquid latex for several layers on the plasticine mold to make the latex cast of the hand. The model for the head was also made with Sculpey. I used alginate and RTV rubber to make the mold out of it and then pour the plastic resin into the mold to made the casted head. Butter Scotch’s hair is made of bunches of twine which I hot glued together. 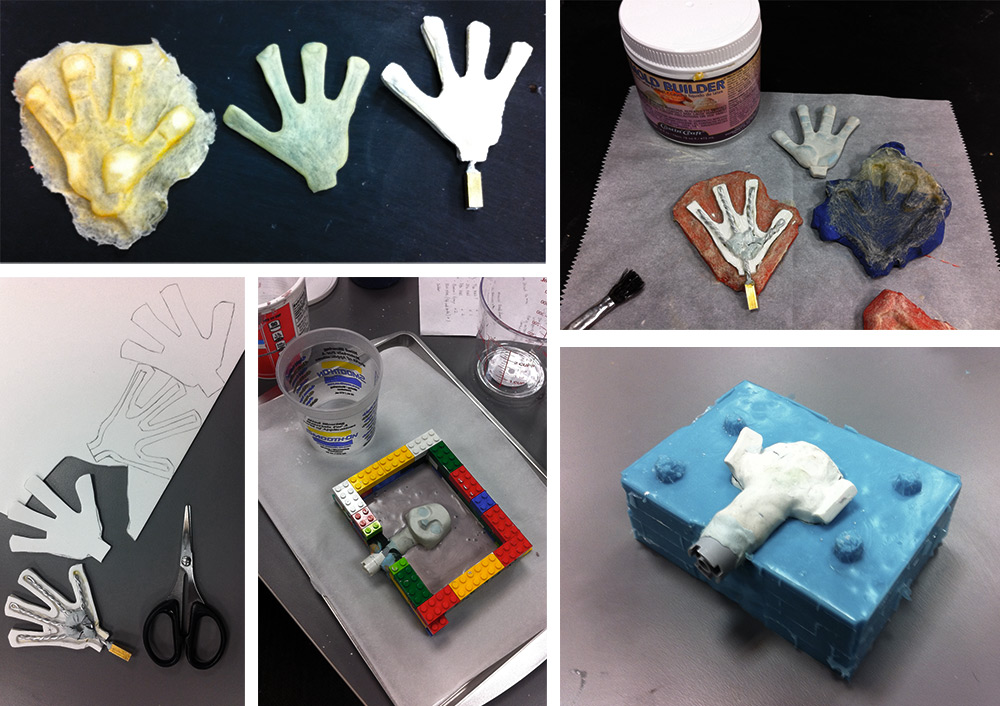 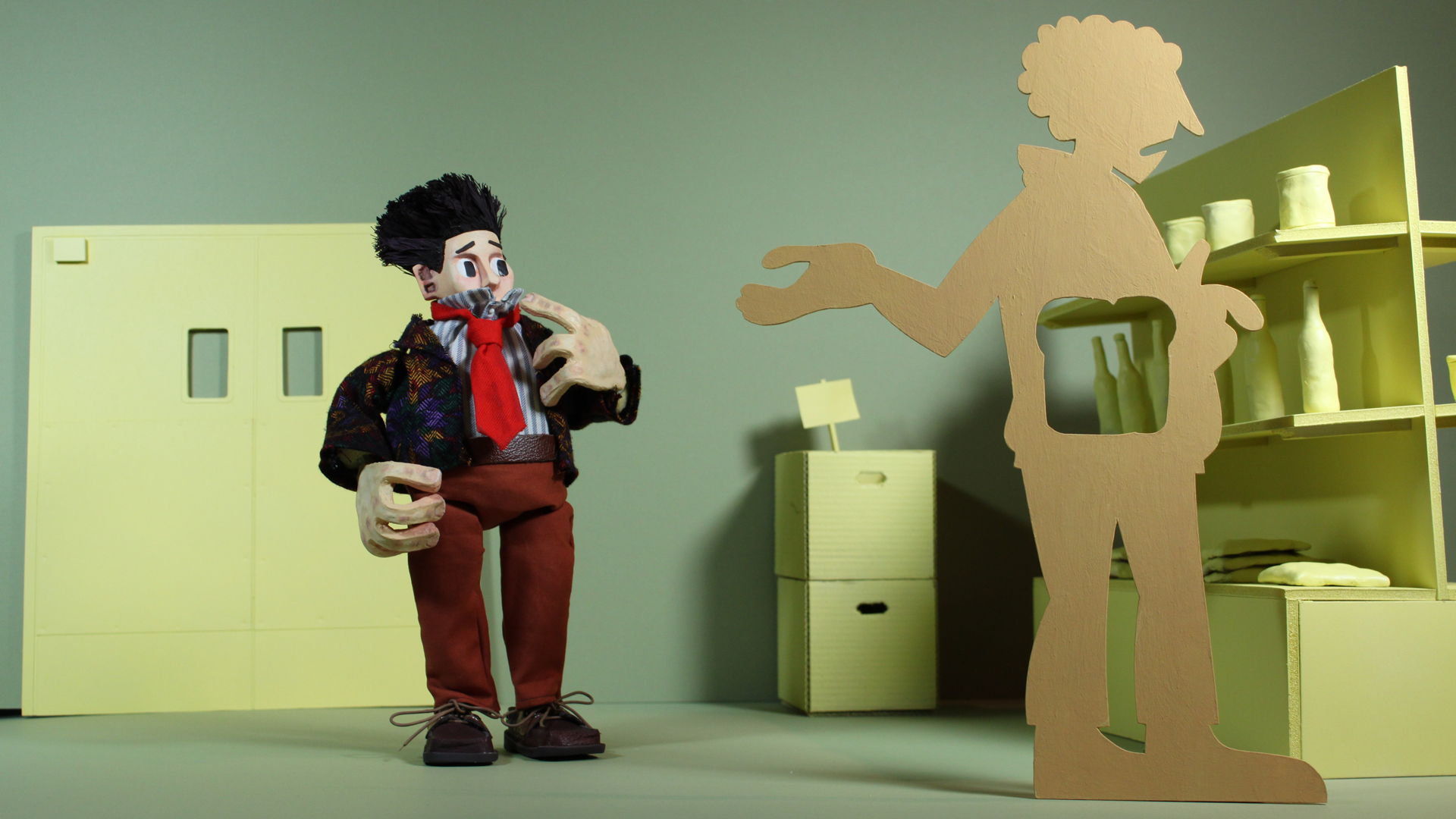